I wasn't sure if this was going to turn out to be summer squash or not. I had a volunteer squash plant show up in the part of the garden I was growing squash in last year. Could've been winter too. So far it looks like I got this one right. I pulled it up early and replanted to where I had room for it. I pulled up another one that I'm hoping is a winter variety. It's hard to tell as it hasn't done more then flower yet.
It's been a lazy year for gardening. I'll really need to work on my starts next year so I'm not just guessing at what I'm growing.
I've also been lax in my feeding schedule and I can taste it (or rather, not), things haven't been quite right. I pulled my first tomato out of the garden and it was a bit blah. I found that rather disappointing. 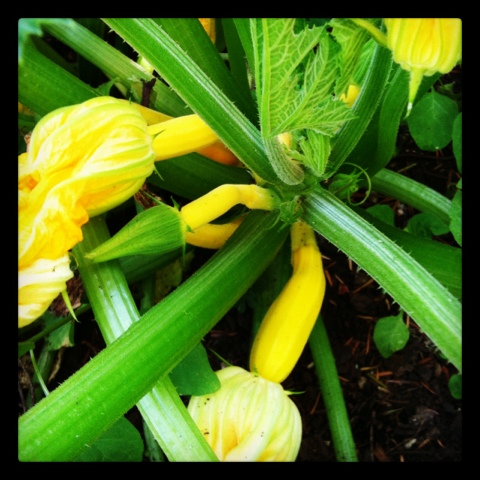 Spent a nice day with the family hanging out. Got some on-line time which was different. I was also out in the yard with DH (!) for about an hour weeding and visiting. It was nice to see him outside. He's generally allergic to everything so it was awesome that he braved the great outdoors to do yard work with me. Yay! We filled our two giant roll carts with weeds. Yeah, the poor garden has been sorely neglected this year. Though it hasn't stopped anything from growing like gang busters.

I managed to feed the strawberry plants at the appropriate time this year and lo and behold! They were sweet and perfect. Amazing what a little fertilizer will do. ;^) 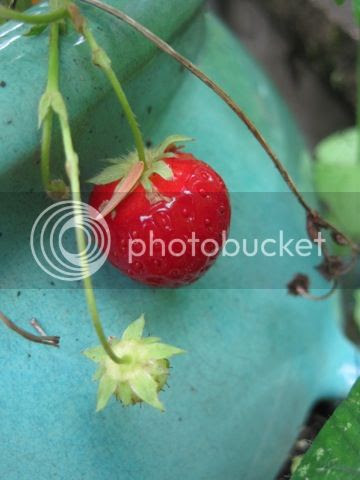 Flowers to attract the bees. I guess it worked because I put these under our apple tree this year and this is the first year we've had apples develop! 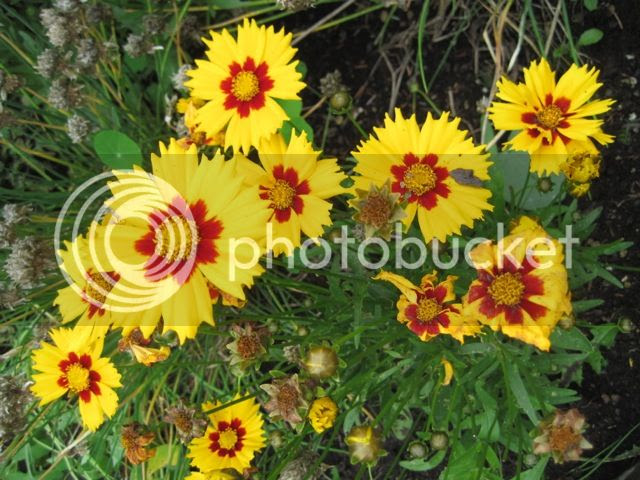 Red scallions that I'm really looking forward to having for breakfast tomorrow. (Sautéed in a tofu scramble) 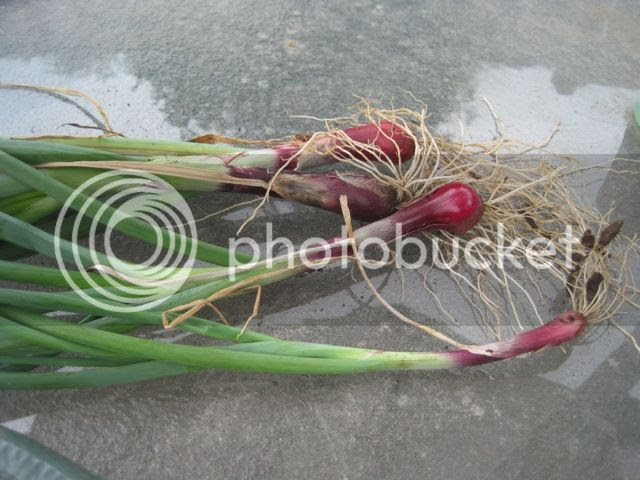 The nasturtiums have taken over everything except these two plants: cone flower and bee balm. I've really got to get in there and hack them back. I did a little today but I'm afraid I'll have to do more if I don't want them to choke out the other flowers. The bee balm smells divine! (It smells just like earl gray tea) 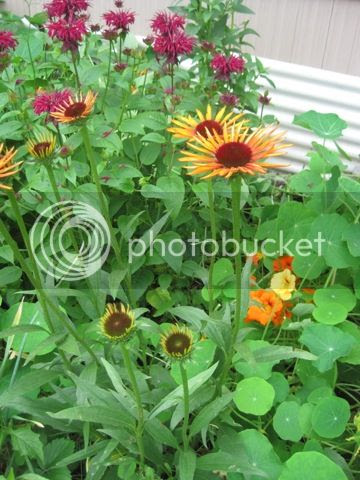 The pretty flowers from our pole beans (to come). Mmm! 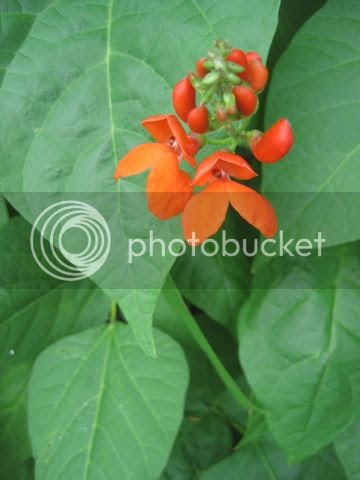 I some how managed to take a picture of a few of the raspberries before they were all snarfed up. Both DH and DD are berry *junkies*. Really for all the squealing and laughing from the two of them you'd think they'd discovered the pot of gold at the end of the rainbow instead of a cup or two of berries. lol 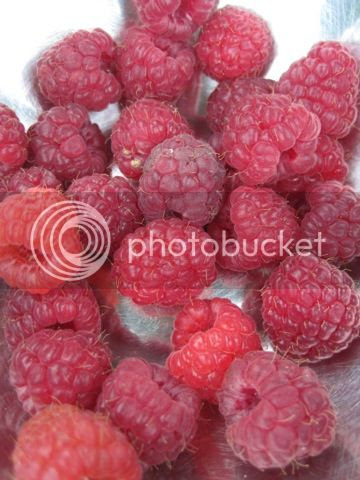 Since it's not officially summer in Oregon until July 5th, the sun flowers are poised to open but aren't quite there yet. However compared to the rest of the country's record breaking heat, I'm not complaining (too much) about our cool wet weather. 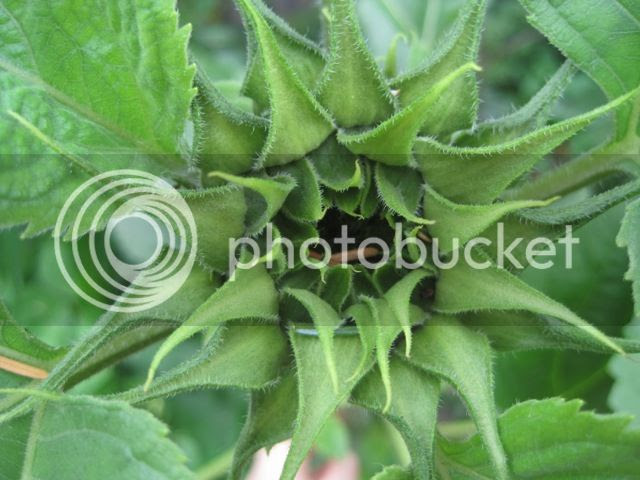 Happy Saturday. The flowers are pretty but I really should be weeding. What motivates you to weed? 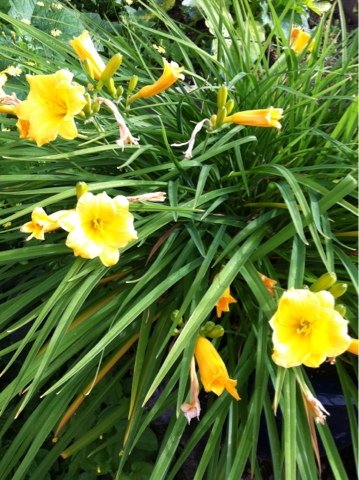 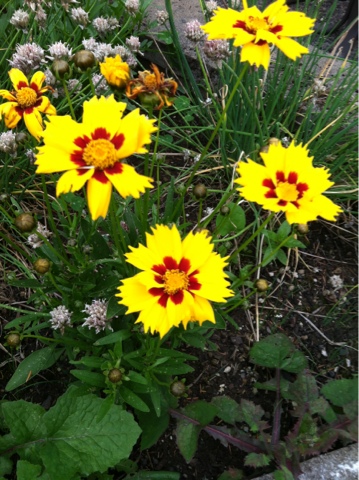 Just Jenn
I'm a SAHM who can often be found chasing after my little girl. When time allows I like to quilt, bake, crochet, read, blog and garden. 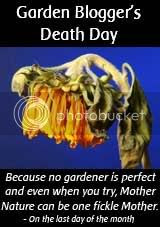 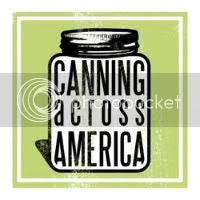